The Lousy Clone formerly known as “The Lovely Bones” 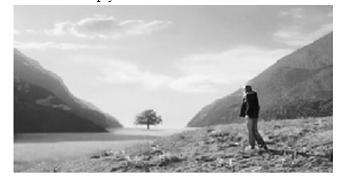 Once upon a time, Alice Sebold’s novel, “The Lovely Bones”, struck me with thunder. It’s the striking story of Susie Salmon, fourteen, who was raped and murdered by one of her neighbours on her way home from school. Susie narrates the story of her death from the “In-Between”, a place the dead go after life, but before heaven. From there, Susie watches, while the mystery surrounding her death remains unsolved. She watches as her killer covers his tracks, her sister hardens her emotions, and her younger brother questions what it means to be dead. She watches as her father becomes hysterically obsessed with putting the pieces of her murder together, and her mother gets so worn down that she ends up leaving her family. It’s the story of a girl stuck in a limbo afterlife, struggling to cling on to the living while being pulled into the next world.

Anyone who’s read the book would know that this story is not meant to focus on the idea of heaven or what happens when you die. Susie’s presence in heaven is merely a vehicle for propelling the story from start to finish. Sebold masters the touchy subject of death with grace by emphasizing the power of love and family at times of need. She communicates how one bump in the road can affect and change such a widespread array of people far beyond the immediate family; Susie’s grandmother, her schoolmates, the boy who asked her out the day of her death, and her killer himself are all affected by her death.

Unfortunately, Peter Jackson, who directs the film adaptation, (best known for his adaptation of “The Lord of the Rings”), dismembers and slays all the beauty of Alice Sebold’s novel, replacing it with outlandish effects, plot holes, and thinly drawn characters—for example, Susie’s grandmother appears solely for awkward comic relief, reminding viewers that the best way out of their problems is resorting to alcohol.

Constantly, the story of Susie’s (Saoirse Ronan, “Atonement”) family is abruptly jerked back to her in the heavens, where she can be found running through fields for extensive periods. She’s wearing a butterfly getup in one image and jiving on a colossal earth-shaped hedge the next. Then she’s dashing through a forest with her new friend Holly, then she’s on the beach playing with oversized ships-in-a-bottle. Due to the shag carpeting and beehive hairdos the 1970’s setting brings to the film, I sometimes wondered if Susie’s trip to the In-Between was just a metaphor for a trip on ecstasy.

Jackson takes the Technicolor landscapes of heaven too far. In the end, it comes off as a low-budget, cheap graphic film, neglecting to focus on the true momentum of the story: what’s happening on Earth. The novel sheds light beautifully on family, remembrance, and love, whereas the film had the audience numb with gruesome graphics. Even I, who had read the book multiple times, occasionally had no idea what was going on while the film flashed back and forth between reality and fantasy.

Also, it put way too much emphasis on Susie’s father’s “murder mystery” side of the story, which was completely irrelevant, and drew my attention away from the main point of his character: a representation of the painfully psychotic love of a parent who has lost a child to a violent crime. Along with the trippy heaven scenes, it makes the film feel like “Across the Universe” oddly meshed with an episode of “CSI”.

Now, I’ll admit, despite its considerable flaws in plot and direction, I’m slightly selling the film short. There were a few perks that made me less regretful of wasting my allowance on a $13.50 movie ticket: for instance, the wonderfully talented cast, which included Rachel Weisz (“The Constant Gardener”) as the heartbroken mother; Mark Wahlberg (“The Departed”) as the fanatical father; and a shifty-eyed Stanley Tucci (“Julie & Julia”). Additionally, the original musical score by Brian Eno was exemplary.

One critic suggested the film could’ve been better; I, along with many other critics, think that justifying Sebold’s novel onscreen is simply unfeasible.