Have One on Me: Joanna Newsom

Graffiti Admin | April 10th, 2010 | Uncategorized | Comments Off on Have One on Me: Joanna Newsom 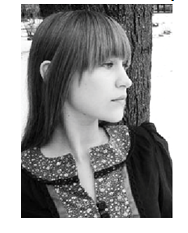 When Joanna Newsom put out her debut album “The Milk-Eyed Mender”, many listeners immediately fell in love with her for her sincere voice, her emotive lyrics, and her eloquent harp playing. However, there were others who couldn’t stomach her eccentric voice, and quite understandably. On “The Milk-Eyed Mender”, Joanna Newsom’s voice was brittle, squawky, creaking, and childish, and no one could be blamed for rejecting the album on account of it. And even though there were many who liked (or, at least, tolerated) her voice, it was a problem for Joanna Newsom; it bottlenecked her creative output. There is only so much that can be conveyed through a crackly voice that squeaks at every turn like a bad wheel on a shopping cart. Her voice, not her choice of primary instrument, the harp, cornered her into a musical rut, one of naïve fantasy, nostalgia, and nothing more.

Her next release was “Ys”, an album of five sprawling lays about bears and meteors and such, the tracks averaging over ten minutes in length. Though she evolved lyrically and instrumentally, laying down grand, elaborate instrumental arrangements to match like lyrics, her voice was the same as on her first album, and, as before, it hampered her style.

However, her epic, two-hour long triple album “Have One On Me”, released February 23, makes it plain that her voice has undergone a tremendous change since “Ys”. Vocal nodules appeared on her vocal cords while she was in the studio, prevented her from speaking or singing for two months. When the nodes cleared, she found her voice changed. On the new album, she shows that she has at last gained control of that unruly voice of hers. And not only has she tamed it, she has mastered it. The cracks, squeaks, creaks, and warbles that were once her bane she now employs periodically to great effect as accents and ornaments, proving that her voice is now as expressive as her harp. The result is a sophisticated, refined vocal style, one that no longer appeals directly to the listener’s emotions through its nakedness and childish straightforwardness. Her voice now no longer holding her back, she is finally able to soar to the heights promised on previous releases by her masterful harp playing and grand scale songwriting.

Musically, Newsom expands her well-established sound found on previous releases. Unlike on “Ys”, on which the orchestra only exists to fill the musical gaps in short gasps of string flourishes in between lyrics, Newsom has allowed the orchestra on “Have One On Me” to take a larger role, allowing more instruments (arranged by Ryan Francesconi) into her musical palette and letting them have a stronger presence. A good example of this is the first track, “Easy”, on which Newsom plays the piano, backed by a handful of bowed strings, several woodwinds, some brass, and a rocking drum kit. The electric guitar, bass, and standard drum kit, all rock staples, make several showings, and the rock edge backing Newsom’s harp and singing make for a unique sound. But her harp is still the main instrument and it is as beautiful as ever. “Go Long” features just Newsom and her harp, and her harp is given its moment to dazzle, ending the song in a virtuoso cadenza.

Joanna Newsom’s lyrics are more intricate than ever, requiring careful listening and perhaps even notetaking to comprehend fully. However, much of their beauty is appreciable to the casual listener. Newsom’s words drip with grace, heart, and wit as she explores heartbreak, yearning, anticipation, and solitude.

“Have One On Me” is incredibly focused. Newsom has put together a carefully planned and carefully executed album on which lyrics, themes, and melodies smartly echo through the whole album. A handful of themes crop up again and again throughout the album. The most frequent theme is that of heartbreak, and, taken as a whole, the album could be viewed as Joanna Newsom’s treatise on the matter. “Have One On Me” also features many musical echoes. A figure in the rocking upbeat, rollicking “Good Intentions Paving Company” finds itself buried in the heart of the meandering and, at times, eerie “In California”, then recurring again in the closing track, the contemplative “Does Not Suffice”.

At two hours in length, “Have One On Me” is a gracious megalith, marked by a stronger voice from Newsom, an expanded array of instruments, and evocative and thoughtful lyrics, that stays cohesive from the first song to the last, tied together by the recurrence of motifs both lyrical and musical.