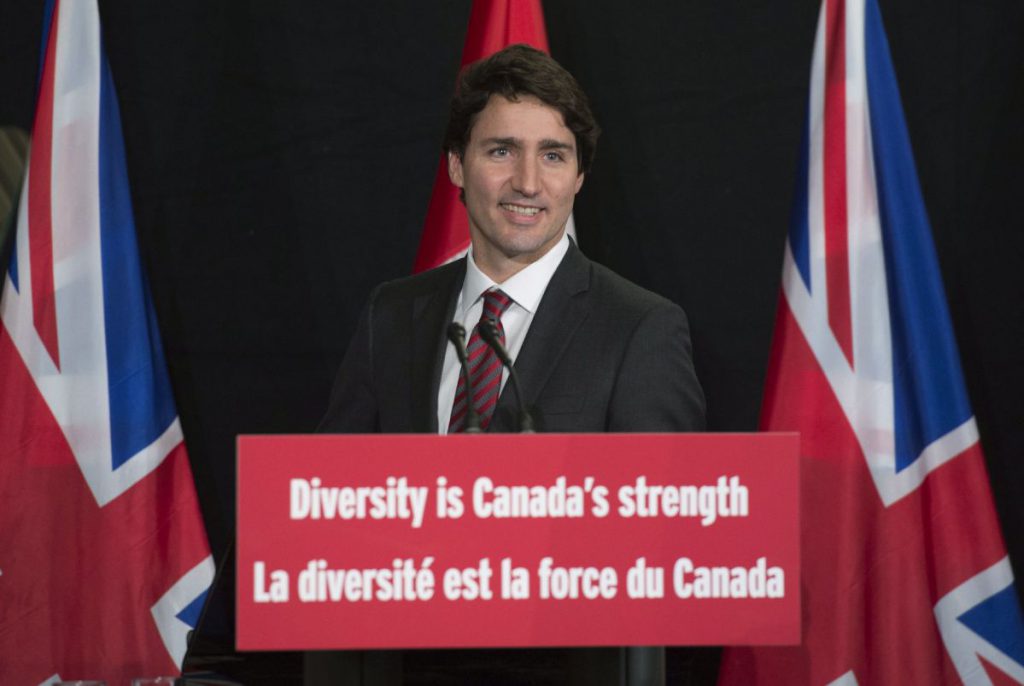 I feel lucky to live in Canada for a variety of reasons; I am within a 5-kilometre radius of a Tim Horton’s at all times. Our country uses the metric system, far more logical than the imperial one. I can sew my country’s flag onto a backpack and tour Western Europe without fear of getting spat on, unlike some uncultured American tourists. Also, my family escaped from Bulgaria’s communist regime to come here, but I figured this was the least important of my list.

The most prominent reason I am so blessed to live in this country is Justin Trudeau. Champion of diversity. Activist. Icon. Shatterer of ethno-racial barriers. Canada’s first-ever multiracial Prime Minister.

By painting his skin black, then brown, then black again, he has shown on multiple occasions from the young age of twenty and into his tender 30s that the plight of minorities in western society is dear to his heart, and definitely something he regards with the utmost respect. Identifying as a caucasian male every single day, you see, is oppressive, monotonous, and rooted in white supremacy. Justin was brave enough to free himself from the constraints of his sheltered and privileged upbringing.

Our Prime Minister, creator of the phrase “diversity our strength,” is so committed to his cause that he took activism into his own hands… and neck … and face for that matter, for Justin Pierre James Trudeau is the very first politician to transcend the mere mortal and social constructs of “race.”

I’m so proud of this country, for, because of him, we are entering a new age of social and ethnocultural awakening. Soon, we too will achieve enlightenment, and live in an era where skin colour, along with institutional racism, police brutality, discrimination, and all forms of inequity will be revealed as fake social constructs, a ploy fabricated by previous and less conscientious politicians to divide and oppress our beautiful nation.

I could not be prouder to see him reelected. He is a man who has been conscientious, tactful, and thoughtful from a young age, and he is a man who demonstrates with both poise and grace that he truly understands the scope of racial inequality. The other world leaders may question our nation’s credibility and scoff at the new state of Canada during the next World Summit, but it is okay, because they simply don’t understand, and Justin Trudeau is there to impress with his fancy socks.

I am also heartened to say that many of the grade 9s and 10s right here at North Toronto Collegiate have already started dying their skin orange in solidarity with this movement. Unfortunately, for the most part, my generation of fellow 02s is simply too old and too burnt out by post-secondary applications to catch on, but it is always a joy to see youngsters getting involved. In the words of Trudeau himself, Sunny ways, my young friends. Sunny ways.