In Pursuit of Passion 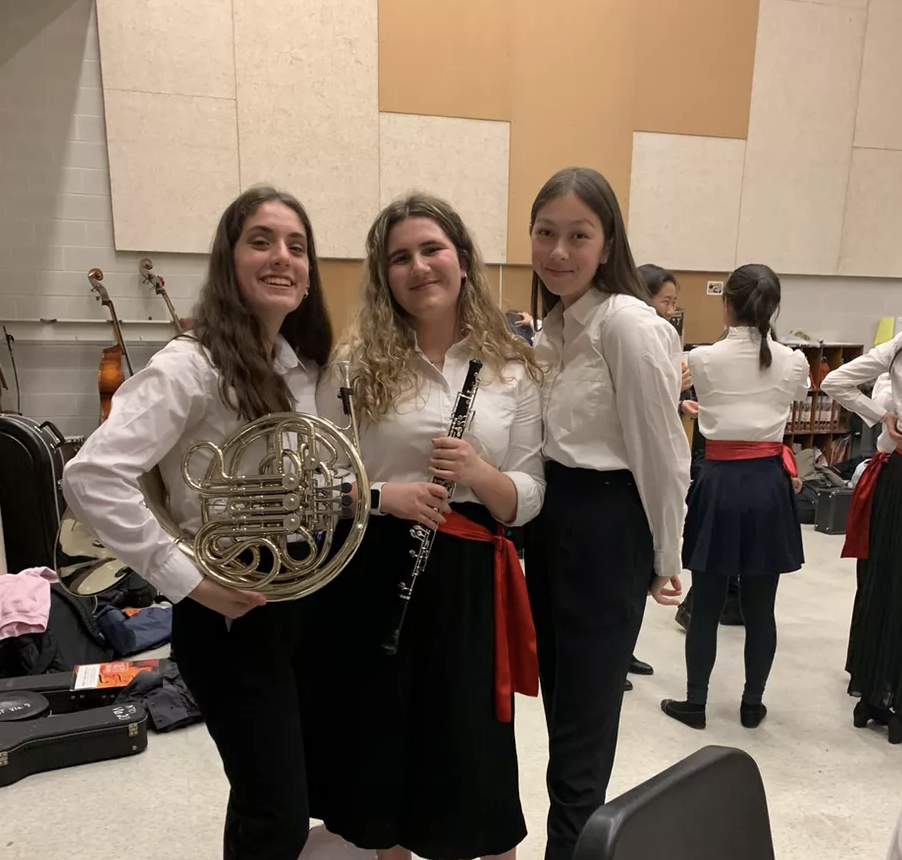 When I was nine years old, I saw the National Ballet for the first time. My aunt had bought me two tickets to see Tchaikovsky’s Nutcracker for my birthday. This prospect excited me enormously. My older sister, Heather, had been dancing all her life, and I absolutely loved hearing about all the pretty tutus and romantic pas de deux that I was about to experience. Thankfully, Heather’s words did not disappoint. As soon as the performance started, I was awed. And no, not by the paper-thin dancers that glided across the stage, not by the detailed and engaging sets, and not by the gorgeous costumes. No, I was awed by the pit: the section of musicians in between the stage and the audience that was creating the magical and spellbinding music I was listening to. By the end of the performance, I couldn’t recall what the ballet was about, but I had memorized what the different members of the orchestra had been doing the whole time. My passion had awakened.

When I was 13 years old, I auditioned for and made it into the All-City String Ensemble for cello. The group met every Sunday for rehearsals and prepared classical and pop repertoire. Even though the musicians, conductors, and rehearsals were great, the highlight of belonging to this ensemble was our final performance at Massey Hall. The day of the concert, I walked on stage and, after seeing the massive crowd, froze mid-step. It was certainly not my finest moment. My stand partner even had to nudge me out of my trance and lead me to my seat. However, after we tuned, and the conductor raised her baton, nothing else mattered. The music flowed out of me and the people faded away. There was no imagining them in their underpants. I simply allowed my music to carry me through the concert. My passion had strengthened.

When I was 15 years old, I performed in my first piano recital. Though the audience numbered less than one hundred, I was still incredibly nervous. Just walking on stage was a struggle. My legs shook and my hands immediately dampened. It was certainly not a good combination for some technically challenging pieces. I was playing Chopin: two waltzes and two preludes. They were some of the genius’ most famous works. I could not disappoint. Nevertheless, I sat myself down on the piano stool and rubbed my hands against my pants hoping that it would make them less slippery. A deep breath in and a deep breath out. My fingertips touched the keys, and I finally began to play. Even though I could feel my entire body working against me, the pieces still burst out magnificently. One after another, I played each one. There were mistakes, but I could feel that the expression I was pouring into them made up for it tenfold. My passion had taken over.

These experiences made me realize how much I liked performing and listening to classical music. No, I didn’t even like it. I totally and utterly loved it. But, did I love it enough? Was a career in classical music actually a plausible future pursuit for me? Was I even good enough at an instrument? Would I ever get a job? Would I ever make money? Would I be stuck living in my successful brother’s basement for all of eternity?

These were questions and doubts that I continued to ask myself throughout middle school and most of high school. Finally, they were answered.

On Saturday, June 8, 2019 at approximately 8:20 pm, my favourite pianist sat at the 8’11” Steinway grand in the Roy Thomson Hall. His name: Jan Lisiecki. The piece to be played: Mendelssohn’s first piano concerto in G minor. My good friend Kaya and I were sitting two rows away from the front of the stage and our hearts were racing. We could see absolutely everything. The piece itself was one of my favourites. It was a short and punchy piano concerto that forced the pianist to demonstrate an incredible amount of virtuosic and technical capabilities while also maintaining an overwhelming sense of expression and urgency. I couldn’t wait. Lisiecki began to play and my body couldn’t sit still for the duration of the piece. By the final climax of the third movement, I had come to an epiphany. I needed to do this. I needed to be a part of this. I couldn’t live without at least trying to accomplish my dream of being on that stage no matter the cost.

But the cost is high. Since that pivotal concert, I have realized that I am not good enough at the cello to pursue it and I have realized that I do not have big enough hands to pursue a career in piano. So, what did I do? I found a shortcut. At the end of grade eleven, I began to take oboe lessons and have discovered that this niche and slightly nerdy instrument has been my calling all along. I have been playing for less than five months and in that time, I have switched from cello to oboe in symphony orchestra and have joined symphonic band. After my time at NT, I plan to take a gap year to improve and prepare for university auditions. I started late but am willing to take the risks. And all of this is in pursuit of passion.