Is Hong Kong just another Chinese city? An interview with Sasa Petricic 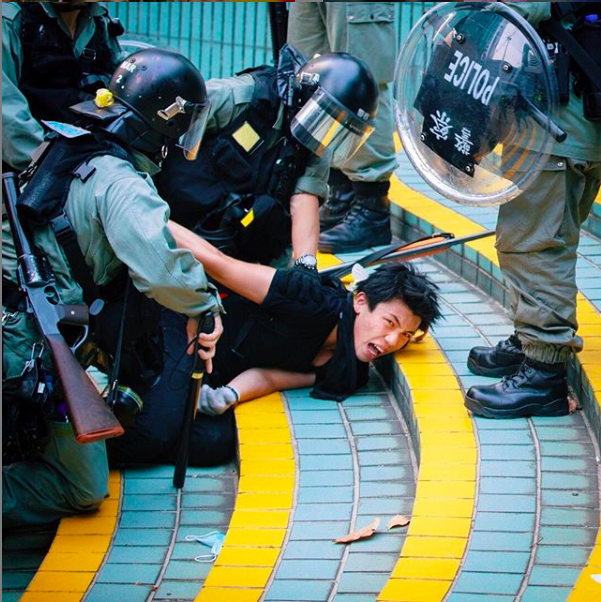 On June 12, 2019, thousands of people amassed around Hong Kong’s government complex to protest a controversial overhaul of the city’s extradition law that would make it possible to send suspects to mainland China for trial. A former British colony, Hong Kong was returned to China in 1997 and has since been ruled under a constitutional principle called “One Country, Two Systems”. There has long been a fear of China’s gradual elimination of their judicial and legal independence and this extradition law was seen as a threat. Since then, the bill has been withdrawn, but the government’s perceived ignorance triggered a reaction and the protests continued — as did the eruptions of violence.

Based in Beijing, NT alumnus (‘82) Sasa Petricic is the Asia Correspondent for CBC, primarily covering China. He travels to wherever the big stories occur — currently that is Hong Kong — and focuses on bringing context to why these events are happening. “What’s the police doing? What’s the government doing? And also trying to give it a little bit more context about why it’s happening and perhaps where it’s going” are aspects that Petricic says he is reporting about. Under normal circumstances, he does his shooting as well as reporting, but in dangerous situations, like these protests, he has a cameraperson because it is safer with an extra pair of eyes. Petricic explained that it is important to take precautions: “We have gas masks which we put on when necessary because there is a lot of tear gas.” He notes that the police are using tear gas in such large quantities with the least provocation, sometimes even none.

The number of people out on the streets from the beginning has been around one million to two million people, out of Hong Kong’s population of around seven million. “This is huge and I think it speaks to the level of anxiety, the level of distrust of China,” says Petricic. From his first-hand observations, he said, “If you are standing in the middle of the tear gas and seeing the protestors on one side and the police on the other side, you are going to draw conclusions about how each side is acting”. There are, to some extent, a small group of out of control protesters, but they have been careful in targeting the police and issues that specifically have connections to either China, the Chinese government, or the Hong Kong government. “I have been surprised at how disciplined [the protesters have] been at keeping [their] focus on the things that really upset them,” Petricic expressed.

China has been very careful to uphold the current situation as just a Hong Kong event and spelling out this narrative that they are independent and operating with somewhat of a democratic system. “Watching what has been happening with the police over the last while, there is a good case to be made that [the Chinese government] has better equipped and encouraged the Hong Kong police to be tougher and tougher and tougher,” said Petricic. In effect, this would mean do the job that Chinese troops would do. China has tried to make this strictly a Hong Kong problem and solution, meaning to get the police out to deal with it, but not necessarily solve it. The police in Hong Kong used to be very well trusted and were known as the most professional force in the region, but now, Petricic says, “I’ve seen this week after week. Local people will come out and heckle and jeer at the police as they’re doing their job.”

Petricic stated that, had the government stepped in and withdrew the bill earlier, a lot of the anger and energy would have been taken out of the protests at that point. It took two months for the government to withdraw the bill fully. He also said, “I think the deeper problem is that the system in Hong Kong is not democratic so whatever the government does, it doesn’t have the same legitimacy if the government of Canada were to do it.

One of the biggest questions people have about the Hong Kong protests is, why are they continuing to happen? And why have they gotten more aggressive? What started as calmer protests has “morphed into a more and more aggressive series of protests”, Petricic says and this was because it was clear that the government wasn’t listening. He also pointed out that, “Yes the government did withdraw the bill, but it took weeks and weeks for that to happen and it was always at a very slow pace”. Although what the government has and hasn’t been doing is very key to this uprise, he explains that it’s, “How it’s been doing it and this general feeling that the government is a) not listening and b) doesn’t have any real respect for the voice of the people”.

Those two reasons have just increased the frustration and anger that has been not only in the streets, but in homes and communities as well. Petricic believes that it’s all been tapping into this perception that as a citizen they can’t elect who governs them, they have no say in what the police do, they have no say in what laws are passed, and when something is not right, they don’t have any recourse. “Every time the government has a chance to make things better and reassure people, they have chosen instead to prove what people fear is exactly what’s happening,” Petricic says. It’s hard to predict where these protests are going to go and when they will end. Petricic articulated that “It is possible for the police to restore calmness at a given time, but I think [it would be] temporary”.

The last four months have been a continuation of protests, like the Umbrella movement from five years ago, which ended when the government was not interested in what the protesters, mainly students, had to say, which was a demand for more democracy.

The protestors had a limited amount of public support and it seemingly died down. “It left its mark on Hong Kong and these concerns and frustrations and anger has simmered under the surface for the past five years,” Petricic explained. The government has tried to diffuse it, not by dealing with the core demands, but by going after people they see as leaders of that movement, like Joshua Wong and Alex Chow. In undermining that movement, Petricic understands that it has come back in a stronger way because of the lack of effort to deal with the core underlying conflicts. “So they’ve passed this along to a new generation that also mistrusts the police and government, some people calling them the ‘lost generation’,” Petricic said.

He gathers that they have no respect for anything within the system of Hong Kong and it will be very difficult to change their minds; these people may continue to fight the system or simply leave Hong Kong if they have those kinds of resources. He also explained that “this mistrust of the government and police is now much more deeply rooted and it is going to be even harder to convince all these people that their fears are unfounded”.

This movement may be beaten into submission over the next month or six months, but the underlying frustrations will not go away. It may be that China’s aim is simply to eventually turn Hong Kong into “just another Chinese city”, a term Petricic has heard being used in reference to Hong Kong several times. When you have a population that has not grown up with strict government policies, but through the expectation that things should get even more democratic, Petricic expressed, “it is impossible to put that genie back into the bottle and to say now you have to live under a dictatorial, totalitarian system and be happy with that”.