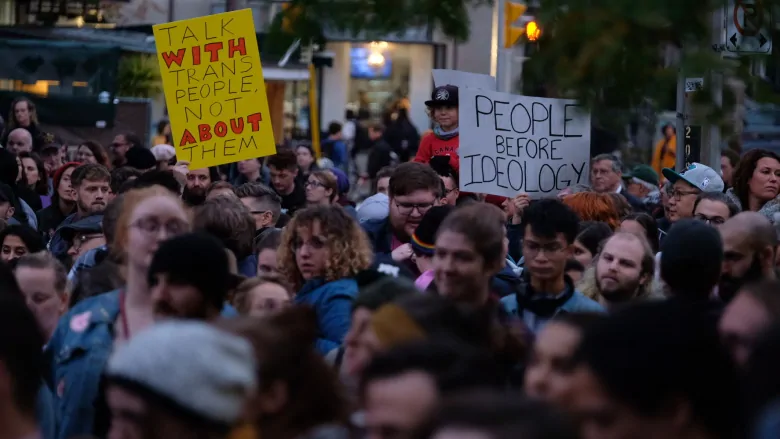 Cancel culture successfully makes its way into almost every controversial debate that a public figure spurs. And now, of course, there’s an ongoing debate, in the form of a backlash, over whether cancel culture should be scrubbed.

For example, while the recent dismissal of Don Cherry from Hockey Night in Canada was long overdue in the eyes of many, it was also too harsh for some.

The issue here isn’t simply about whether cancel culture is good or bad altogether. The problem is that people are having trouble distinguishing whether an opinion needs to have its airing, even if it’s an odious one, and when it really should be shut down.

The way people can distinguish between such situations is by asking one simple question: “Is this an opinion that should be debated?”

Last October, the Toronto Public Library refused to cancel an event hosting a controversial feminist named Megan Murphy. Roughly 8,000 people signed a petition in an effort to have the event cancelled, and there were even protests outside the library while Murphy spoke inside.

Murphy asserts that when transtransgender individuals identify as women, it undermines women’s rights that were hard-won over a period of decades. She has openly stated that “there is absolutely no reason why it is necessary to allow people to access washrooms based on their personality, feelings, or clothing choices, versus their sex.”

Regardless of whether or not this view is one that deserves to be opposed, people should not have tried to cancel Murphy’s event. Library events are meant to help people grow intellectually by exposing them to different perspectives. They are not meant to teach the public how to be politically correct.

If you find such opinions to be objectionable, allow its believers to express them rather than shutting them down immediately. The best way to silence odious ideas is by letting them have their airing, and by countering those ideas through an intellectual debate as opposed to the force of protests.

If Mike Pence comes to speak at a university’s commencement ceremony, as he did at the University of Notre Dame during May 2017, students should not walk out on him and hold an alternative ceremony. In civil society, such behavior is not appropriate even if he holds unpopular political views and he is the second-in-command to a disliked U.S. President. In fact, in the 2017 case, the students may have missed out on the opportunity to counter his views subsequently, had they taken the time to hear him out in a civilized fashion.

The lack of willingness to hear out people with unpleasant ideas is even more inappropriate in universities—places of learning and inquiry—where curiosity and the development of critical thinking skills are the reasons why they exist in the first place.

Robbing people of a platform to express their ideas is a very insecure and fearful approach. At the same time, when people do this, they are shutting down legitimate criticism. For example, China has angrily pushed back against Canada’s criticism of their human rights record and lack of respect for the rule of law after two Canadians, Michael Kovrig and Michael Spavor, were arrested in China in apparent retaliation for Huawei executive Meng Wanzhou’s detention in Vancouver, even though it was in compliance with Canada’s extradition treaty with the U.S.

If society continues to have a “my way or the highway” approach with people who have made unpopular statements, how will future generations learn to distinguish between right and wrong? They won’t! They’ll only learn how to join the bandwagon.

However, cancel culture can be useful when deployed responsibly. For example, it makes sense for cynical people to be shut down when they try to revisit settled questions, like abortion rights and same-sex marriage. For example, BBC News reported in June 2019 that during the first months of the year, nearly 30 states in the U.S. “introduced some form of an abortion ban in their legislature.” In response, a growing number of businesses have threatened to divest from those states that want to enact this deeply regressive legislation.

These are hard-won rights that need not be debated any more.

It also makes sense to call out and expose those statements that are framed around “dog whistle” phrases like the “barbaric practices hotline” in Canada during the 2015 federal election campaign, which was widely criticised for adding fuel to islamophobia across Canada by allowing citizens to report suspected “barbaric” activities to the government, or the “very fine people on both sides” justification in the wake of the far-right march in Charlottesville, U.S in 2017. In these cases, it was religious and racial minorities that were being targeted with racist, bigoted and hateful ideas that were meant to incite contempt and to make their identities unacceptable in otherwise open societies.

The only way to confront these ideas, including within the university setting, is to call out and expose the influential politicians behind them for the divisive bigots that they truly are.

In such cases, to “cancel” these ideas is not just the appropriate response, it is the only response.

But that kind of certainty need not be deployed to shut down ideas that can foster our intellectual growth and our maturity. We need a nuanced approach here. That is why I said at the outset, this is not “either-or.” Rather, it is a thoughtful exchange of ideas on a wide spectrum of mutual accommodation.

That is why it is now high time we re-evaluated cancel culture.