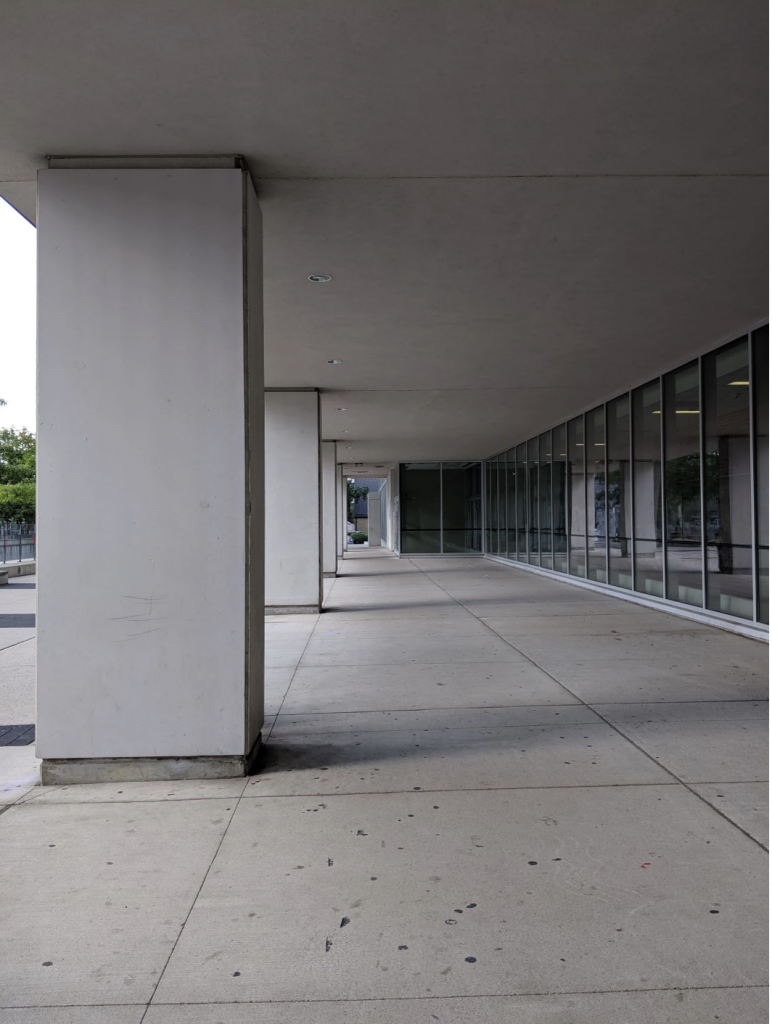 With many movements fighting for the rights of women and for respect for all people in the world starting decades ago, you would expect that problems like misogyny wouldn’t exist. However, according to several sources within our school, this is not the case at NT.

In a school-wide survey answered by 146 North Toronto students, many women shared their experiences with harassment at school. Catcalling, gazing, and unwanted comments on a woman’s body are so common that women dismiss these forms of harassment as ‘not a huge thing, just the usual.’ However, women shouldn’t have to stand even ‘small’ forms of harassment.

Elizabeth Loubenski speaks of several experiences hearing or being a victim of misogynistic behaviour. In terms of examples, she mentioned several times where she would be “belittled” because of her gender, as well as many times where she has seen a lot of sexualization. For instance, she explained that she would choose not to wear certain clothing as she was afraid of what people would think. Another student from NT said that she has experienced “mansplaining” all the time. She went on to talk about how she would just let it go, but is this something to let go of? Why do people even need to worry about this?

Many men at NT think that it is appropriate and/or necessary to comment on women’s bodies. An anonymous respondent said that a boy at NT “comment[ed] on [her] friend’s butt when she chose to wear leggings one day.” Another respondent said, “Guys would constantly sexualize my friends to the point where we were all uncomfortable and [the guys] would make extremely inappropriate jokes.”

Oftentimes, women ignore and brush off these kinds of harassment out of fear of being labelled as stingy or mean, or being accused of overreacting and not knowing how to take a joke.

Elizabeth Loubenski said that she “just laughed off a [joke that sexualized her] because there were more guys in the group. And [she] would feel very nitpicky if [she] spoke about it.”

Although at the moment women brush it off, these comments remain with us for a long time and often impact our decisions.

“For example, shirts. It kind of feels like if I wear this to school, people would take me less seriously. If you dress more feminine, if you just show more skin, it feels like people won’t take us seriously in education. I wouldn’t want guys to stare; it kind of makes me feel uncomfortable so I choose to cover up,” added Elizabeth Loubenski.

Furthermore, men think that making sexist jokes, including about rape and objectification, is just dark humour. However, as previously discussed, it is not. On a daily basis, women have to deal with the reality that they or their friends or family will be a victim of sexual assault at some point in their lives. To make matters worse, women have to deal with rape jokes by insensitive men who have probably never had to “hold [their] keys in [their fist] when walking the streets near a man,” as another anonymous NT respondent, and many other women, do.

Besides dealing with this reality, it is frustrating to be called the aggressor when you bring up inequality issues to a group of men. Another anonymous respondent said: “I had multiple guys tell me that the pay gap was not real, sexual assault was almost always fake and that victims lied, and that abortion should be illegal and if I believed otherwise I was stupid, uneducated, and being sexist towards them.”

This attitude is highlighted in the December 6 assembly. This date is the national day of remembrance and action on violence against women. This assembly aims to bring awareness on the injustices and violence women go through simply because they are women. Every year, there are students at NT who make fun of this assembly and do not take it seriously.

An NT student said that she saw “many guys laughing and making fun of the speakers at the December 6th assemblies.” Another NT student added, I also thought that the assembly on December 6 really shows misogynistic behaviour as many guys were laughing through the whole thing.”

This difference in behaviour happens for many reasons. One of them being that men haven’t suffered as many sexist behaviours and comments against them. Another one is that women are exposed constantly, and from a very young age, to misogyny; thus, it is an omnipresent reality for women.

This survey also revealed that 27% of women had heard or experienced something misogynistic in the past week and 28% at some point before the last six months. A respondent said that she said six months to a year because “we haven’t been in school In months. If school were normal this year [she is] sure that [her] answer would have been less than 2 months or a month.”

These different experiences can be easily spotted in things as simple as a class discussion. “We were talking about a short story in English class that involved a 13 year old girl who was objectified and assaulted. It just felt like the girls were sticking up for our experiences while boys just shot in the dark about how the character felt, or what sexual assault even was.”

However, sexism is also seen in the student council elections. In the past 10 years, NT has only had one woman as Student Council President. This is odd, since women stand out in leadership positions in different areas in the school when there is not a vote. An NT student explained: “There were so many girls who were all super qualified, but the positions with guys running were [the ones where a] guy won. The girls running had to split girl votes between multiple people, while most of the boys voted for one of the only guys who ran. I have heard many boys at NT saying that they wouldn’t want girls to be leading them. I’ve also heard a couple of girls saying they voted for the guy because the girls running were too desperate. Too many qualified girls had lost the elections where the guy won and I just don’t think it’s really fair in this environment for the girls since it’s 10x harder for them to win.”

Some other examples of misogyny that people in our survey said they have experienced are times when men got picked for certain sports activities just because of their gender, given the general misconception that men are inherently stronger and better than women in sports. While there are differences in muscle mass and hormones levels that play as an advantage for men in professional sports, in high school classes these anatomical differences are irrelevant.

“In gym class, boys would walk by laughing at us playing just because we’re girls and ‘don’t know how to play properly,’’ said one of the surveyed NT students. Or if a woman is good at sports, she is automatically equated to a man or is considered not-femine. This stereotype has been fed to people from a young age. Such as in the Disney Channel show Liv and Maddie. In this show Liv, the popular and beautiful girl, is repelled by sports; whereas Maddie, the unpopular and less desirable woman excels at sports. The absurdity of it all? They are identical sisters.

Another NT student shared: “I hate the stigma that men are always more athletic and intelligent. From a very young age I had wanted to be either an astronaut or professional sports player. People would always take my brother seriously and my parents would sign him up for program after program. To me it was always “why not a teacher? Girls aren’t as successful in sports or science anyways, you’ll waste our money.”

This is the reality many women go through every single day.

This connects to how many people globally have been advocating for an equal say in politics and other areas such as STEM. To illustrate this, there is a well known organization called G(irls) 20, founded by the former CEO of the Malala Fund, Farah Mohammed who started this endeavour out of the desire to see more female leaders part of the G20 forum.

An anonymous respondent shared: “Someone once told me they didn’t expect me to be good at math, because I’m a girl.”

When you are a woman in STEM you are automatically going to be considered as the dumbest and least capable by most of your male colleagues. This is strongly seen in the professional field. However, everything has a start; and this misconception starts being rooted before University or College. It starts here at NT.

An NT alumna said: “In my physics class, I was often left out of projects and undervalued in class by men students. Other male students would underestimate me and say they were surprised when I was smarter than their initial judgments.”

This is common in group projects, science labs, and even club meetings.

For example, another NT student said, “I’m in an academic based club, and [men] discredited my ideas and proposed them themselves.”

This occurrence when a woman proposes an idea, she is ignored, but then a man appropriates her idea, says it, and it is accepted, is such a common event that now there is a term for it: hepeating.

According to the survey, 35% of respondents have had an idea of theirs taken credit by a man at NT and 19% said “maybe.”

“In science and math men will mansplain or assume you don’t know what you’re doing [if you are a woman],” says another NT student. Mansplaining refers to a condescending explanation by a man towards a woman over the assumption that she doesn’t understand a concept. The survey also revealed that 59% of women have been mansplained before and 28% of respondents said “maybe.”

This is not about feeling guilty or victimizing ourselves; it is about spotting our own faults and improving. There is a great way to go to achieve equality at NT, and the first step should be taken by us.

Thanks to everyone who came out to CLUB FAIR today

Today NT celebrated the beginning of the school ye

NT WE ARE BACK! Become part of one of NT’s longe

As our time as Editor-in-Chiefs comes to an end, w