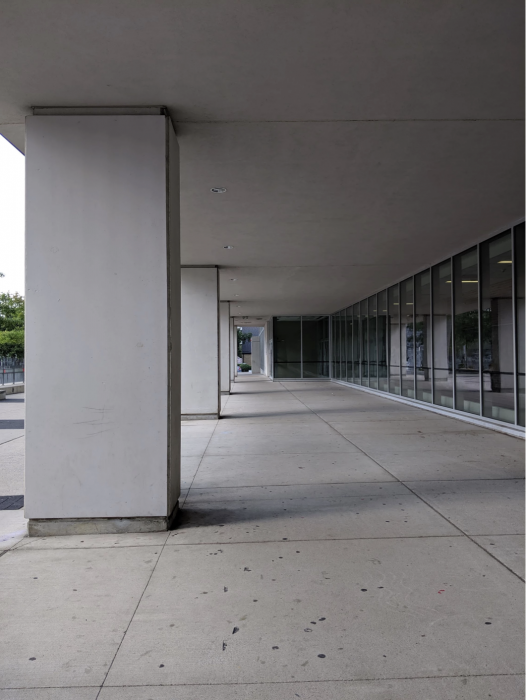 Changes are hitting North Toronto C.I., and they’re more than just Hot Air no longer using ‘zesty’ during the announcements. NT has a record breaking number of new students attending the school this year. Officially over maximum capacity, NT can proudly say that they have no space for anyone anywhere. If you thought it was hard trying to avoid getting trampled in the stairways last year, good luck anyone shorter than 5’2” this year. As Premier Doug Ford had announced last year, class sizes were to be increased to an average of 27 students in public high schools over a four year period. But how does this affect NT students personally? Good question. After going around and talking to a few students in the senior grades, it is clear how they feel about the matter.

Various students voiced their frustration at the noticeable changes they faced early on in the school year such as the extremely large classes, lack of a locker, or schedule confusion. As the crowding in classes gradually became more problematic, an anonymous student stated, “classes are a lot bigger and there’s less individual attention for people who are struggling and that really sucks. It’s also much busier in the halls which is a little disorienting.”

However, at the same time, NT’s mere 1 400 students is average in the area that we live in. While it may seem like there is no one to help the students in the initial mess that was not prepared for, be assured that due to our amazing administration, “students at NT continue to receive the same great care they always have.” Thanks to our guidance department and admin, especially Vice Principal Pyper, North Toronto students are able to manage the switches.

Unfortunately, as crowded as NT was last year, it seems like an even tougher feat to manage classes overflowing out the door this year. The classroom environment is more chaotic now with those who were not able to be split into smaller classes. The September schedule switches seemed as though they would solve the problems of many students and teachers who were upset about the overwhelming size of the classes. Although the switches have benefited many, there were some departments who were not fortunate enough to receive these changes.

Larger class sizes also impact those in teaching positions. From the arts, Ms. Marquis says, “So much of the feedback necessary for a student’s success in an art class comes from one-on-one conversations, where the teacher has a chance to assist a student with their technical and thinking skills.” It isn’t hard to imagine where the difficulties lay in having an excess amount of students in classes. While yes, it may be enjoyable socially, the logistics in organizing a class of 30 or more is not easy. For those who have auditory or visual impairments, the seats at the back of the classroom do not provide an opportunity to optimize their learning in said class. Not to mention the excess projects and tests to mark, extra materials needed, and added distractions to disrupt a lesson. This additional stress to teachers and students will make the school year much more difficult.

Many students fell victim to the general confusion during September which some are still recovering from, in terms of having to familiarize themselves with new teachers, a different pace than whatever class they were removed from, and the other students who were now part of the ‘leftovers’ classes. If some thought it was hard competing in sports or for high academics, prepare to compete for an empty desk in class, maybe even a locker. Grade 11 student, Kaura Sankaran stated, “[there’s] this constant stress over not knowing for sure whose class you would stay in, and not being able to reach out to resources that are no longer available to accommodate an amount of people that they weren’t accustomed to is so hectic, how are we supposed to manage as normal when nothing is normal anymore?”

Of course, this matter does have its benefits. Those whose opinions stayed positive throughout this whole process, guarantee that every change that happened this year was for the better. A student says, “the smaller classes we now have give the students more of a ‘one-on-one’ experience with the teachers where they feel they’re not fighting for attention anymore.” Those who were put into the restaffed classes were happy to see the size of their new class. While yes, everyone initially stated their frustration, let it be known that after finding out how efficiently the staff was handling everybody and allowing students to learn in a better and comfortable environment, the confusion was nothing but a distant memory.

All in all, even though having an excess amount of people crowding the halls seems daunting at first, every student adds to the community North Toronto creates. So embrace the change with open arms because it’s not going anywhere.