The Negative Effects of Tariffs on Canada 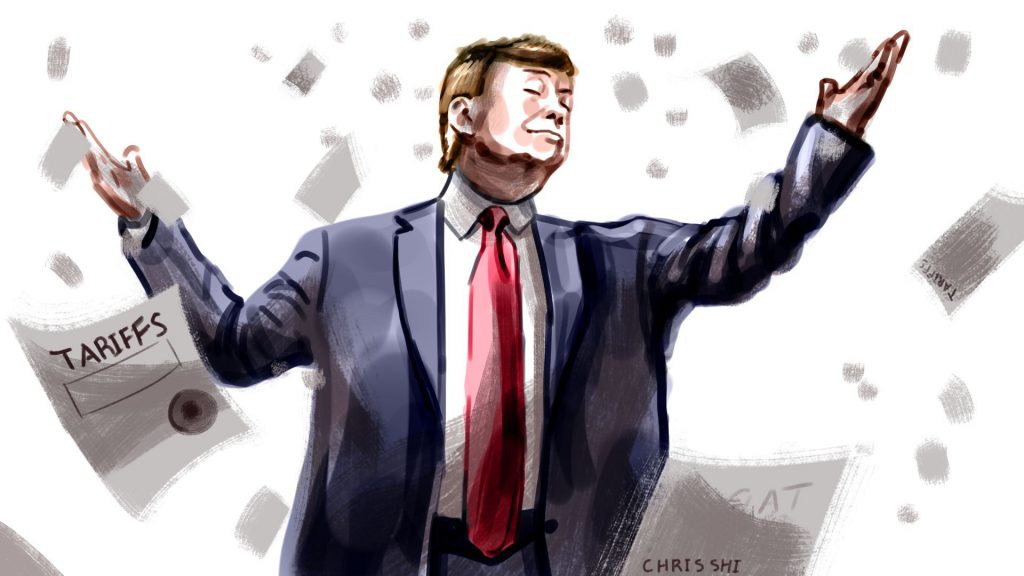 Chinese tariffs on Canadian goods and the trade war between China and the United States are leading to economic concerns within Canada and fears of global recession.

The decline of Chinese-Canadian relations began with the arrest of the Huawei CFO, Meng Wanzhou, in Vancouver, British Columbia. Meng was arrested due to fraud and breaking U.S. sanctions against Iran and is currently in the process of being extradited to the United States. This move against the head of one of China’s largest companies has led to multiple bans and tariffs on Canadian products. These restrictions have created “a huge financial loss” according to the Canadian Meat Council, as China is a member of Canada’s top five markets.

The first ban occurred during March of 2019 when China banned all Canadian canola products. Chinese officials have said that the reason for this was that the goods were contaminated by pests. This has led to a loss of almost one billion dollars in revenue for Canadian canola farmers and workers since.

Later, in June of 2019, China banned Canadian beef and pork products. Government officials reported that the goods contained ractopamine, an additive restricted in China. This is a drug that accelerates an animal’s metabolic rate, making them leaner and larger in a shorter amount of time. When the Canadian Food Inspection Agency examined the export certificate, it was determined to be inauthentic. According to the CBC, Canada’s Agriculture Minister, Marie-Claude Bibeau, said “that the suspect pork shipments and certificates are unlikely Canadian, but were being misrepresented as such.” Canada Border Services Agency and the RCMP are now investigating the matter.

Many people are accusing the Chinese government of implementing these bans in order to push Canada to release the Huawei executive.

The current trade war between China and the United States is another factor negatively affecting Canadian industries.

Since January of 2018, the United States and China have been in an ongoing conflict regarding trade and economic relations. The president of the United States, Donald Trump, primarily wants to reduce the $621 billion trade deficit (how much a country’s imports exceeds its exports). He believes that, in doing this, he will create more jobs for Americans. To be able to reduce the deficit, American consumers would be required to purchase more locally-made goods instead of foreign-made goods. Governments often accomplish this by imposing tariffs on foreign products.

In 2018, China was the most significant contributor to this debt, as the trade deficit that the U.S. maintained with it was $419 billion. In order to reduce this, the United States has slapped hundreds of billions of dollars worth of tariffs onto Chinese goods so that consumers will be forced to buy other foreign products. China, in turn, continues to retaliate with its own tariffs on American goods in order to incentivize the U.S. to remove theirs. The chief economist of Moody’s Analytics, Mark Zandi, has said that “the trade war with China [has] already eliminated 300 000 jobs and reduced the [American] GDP growth by 0.3 percentage points.” The investment bank, Goldman Sachs, has also said that this conflict could spark a recession.

Due to an increasing chance of a global recession, money invested in the stock market may be in decline. It is normal to have the values of stocks regularly dip down and jump up, but a recession would signal a severe and constant decline. This means that Canadians would be losing a significant amount of invested money.

Canada also simply relies on the American economy heavily. Since the trade war began, the United States’s economy has taken significant blows from the tariffs China has imposed on their products. As the U.S. is Canada’s closest trading partner, this has also negatively affected the Canadian economy. The American auto industry, with many business dealings in Canada, has been one of the area’s most affected.

Tensions are still rising between China and Canada and the U.S.-China trade war continues to worsen. With no sign of these conflicts subsiding, Canada’s position in international trade remains unstable.